In this tutorial we will use an existing game mode (FFA) to create a new one (LMS/BR).

1. Duplicate the FFA game mode, and call it Replicated_GameMode_LMS or something along those lines 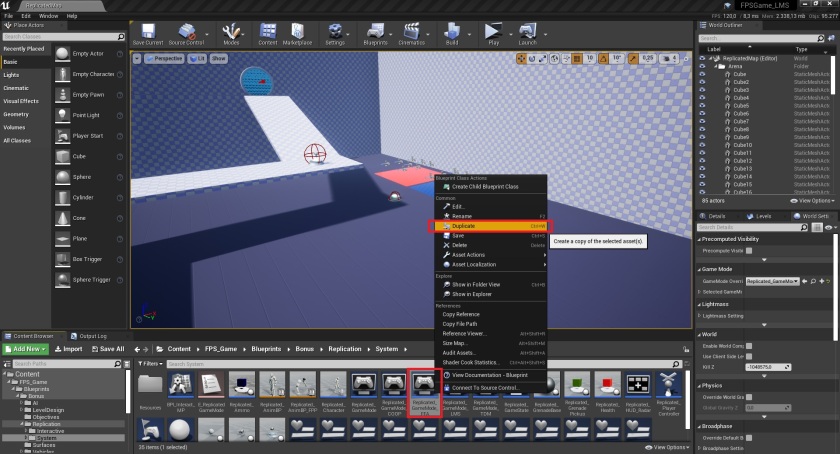 2. Create a new widget, this will be used as a game over screen and to show which place you are. What’s important here is to make the text on it “Is Variable” or else this won’t work.

3. Open the Replicated_PlayerController and add this to it, that’s basically the game over widget with the which place you are variable.

4. Open Replicated_Character and add this to its death logic, the idea here is not to respawn while in Last Man Standing / Battle Royale mode 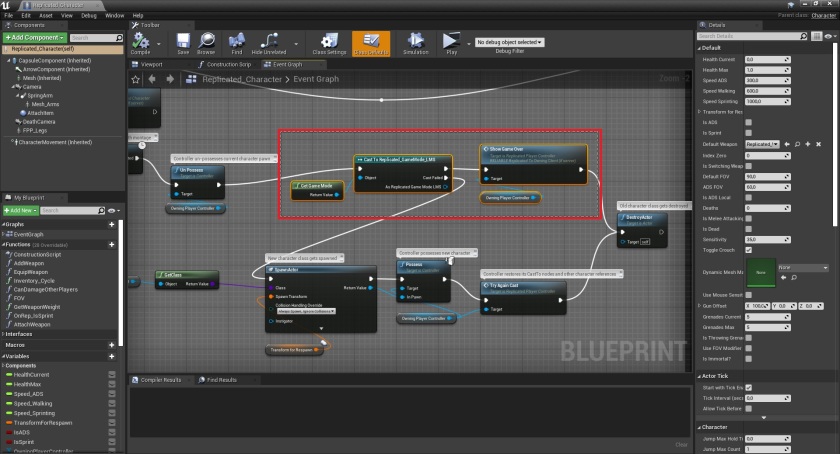 5. And last but not least, open the game mode and recreate this in its Blueprint graph. This basically just checks if there is only one player left and shows the match has ended widget to select a new map.

To add it into the menu selection widget, see the how to add multiplayer maps tutorial.