BP_CharacterBase is a character class based blueprint that includes sprites and logic for the player, the entire blueprint is organized to make it easier to understand and expand.
Both Gamepad and Keyboard/Mouse input are already set up. 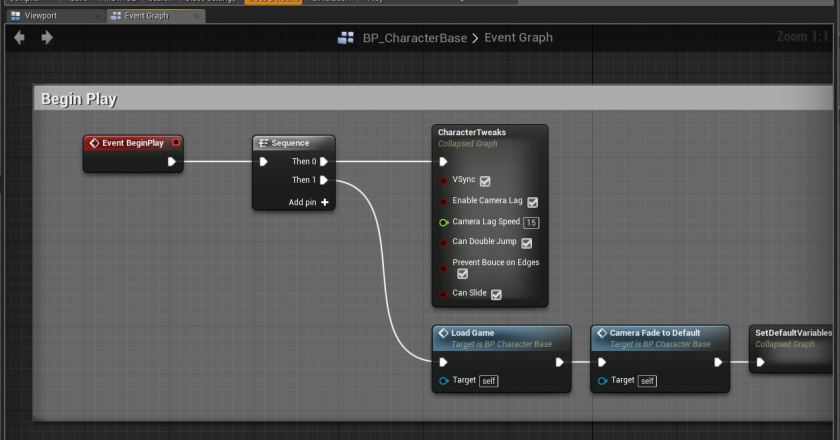 On Begin Play on the Character some common settings can be tweaked without making any changes to the blueprint.

The weapon is stored on the character blueprint, because there is no need for a complex inventory and to make it easier to save & load variables such as current ammo. Additionally there are functions to refill ammo via pickups and logic that checks how much ammo is left for a specific weapon type. 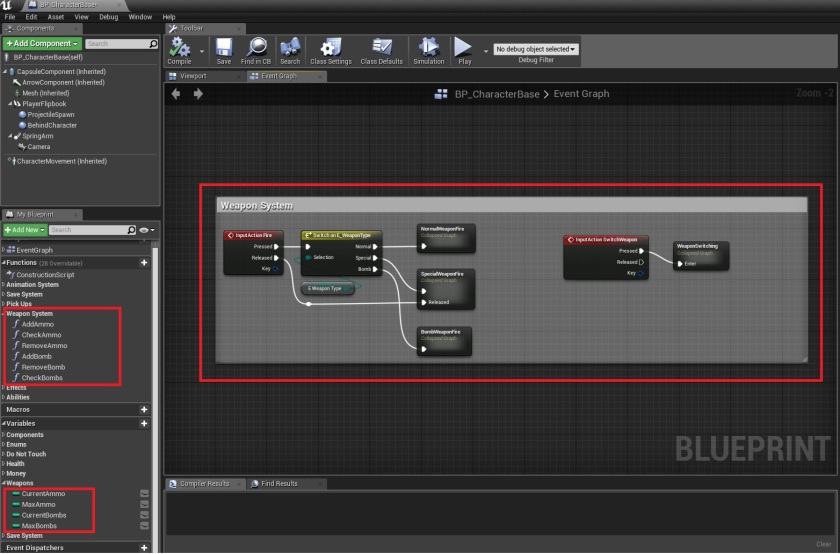 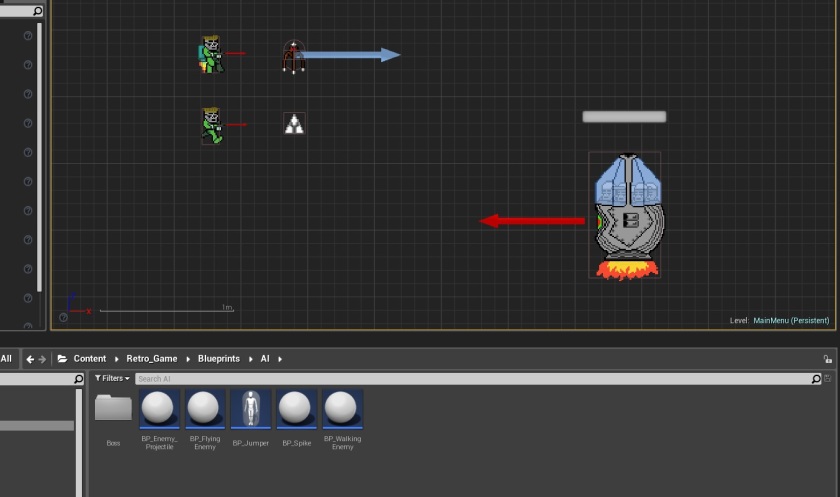 When importing your own textures for sprites and tilesets, make sure to change its settings to look like this. This will format the textures to work better in 2D based games. 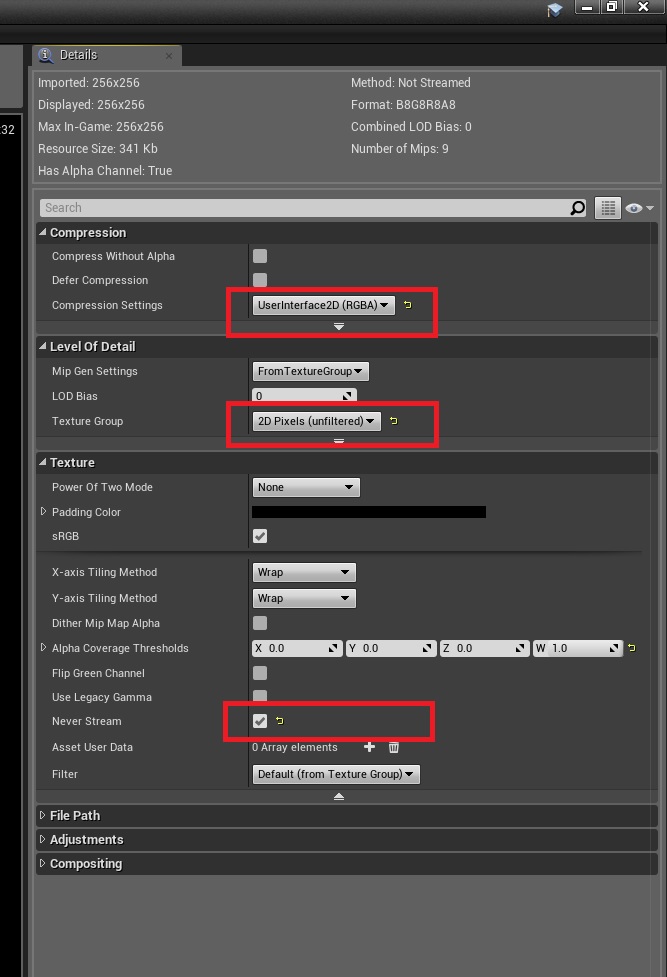 When creating a new project, I recommend that you change the viewport to be “Front” and “Unlit”, this will make it much easier to place new objects into the level.

1.2
-Added wall jump (using special wall blueprint)
-Added barrel that shoots the player out (kinda like in Donkey Kong on SNES)
-Added spikes that go into the ground and back up (old ones that stay in place are still there)
-Added project image (tutorial how to change it)
-Added the new blueprints to the example maps

1.3
-Expanded anti-bounce with additional logic for controller input (optional)
-Generated a new build for UE 4.25 and above